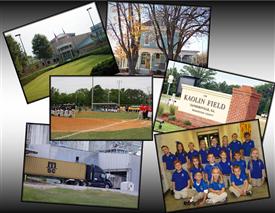 Washington County provides a friendly business environment, a skilled, capable workforce, and abundant natural resources. It is located between four major metropolitan areas in Georgia. Washington County is located halfway between Atlanta, which has the world's busiest airport, and Savannah which has the fasting growing port in the United States. The metropolitan areas of Augusta and Macon are both less than one hour's drive. It is less than 40 miles to both Interstate 16 and to Interstate 20 from the county.

City and county governments continue to share a common vision of a progressive, cooperative county that maintains a rural and small-town feel atmosphere. The county boasts a growing network of four-lane highways, capable and flexible rail service, and an airport capable of landing corporate jets complete with a modern terminal. Highway 15, running north to south, will better connect Washington County to Interstates 20 and 16. The Fall Line Freeway crosses the county and upon completion will directly connect the Metropolitan areas of Augusta and Macon. While kaolin is the key industry, numerous support industries such as trucking, rail and construction flourish in the County by diversifying their customer base. These are capable of serving new industries wishing to locate in Washington County.

In 2010, the University System Shared Services began operation in the expanded Industrial Park in Sandersville. The diversified economy includes the expanding Washington County Regional Medical Center and numerous medical clinics and facilities. The City of Tennille offers numerous shopping opportunities and a picturesque downtown scene. The City of Deepstep boasts being the Heart of Kaolin where kaolin mines can still be seen displaying the unique geology formed when dinosaurs roamed the earth. The cities of Davisboro, Riddleville, and Oconee each offer unique experiences for nature-based tourists. Hunting, fishing, camping, bird watching, nature photography, and farming are no longer just for locals. The County offers numerous opportunities for these activities to activities each year. Hamburg State Park offers camping, fishing, and recreational opportunities to avid sportsmen and families alike.

Although the county is progressing forward in the new century she also has many historical assets. The Historical Society of Washington County operates both the Brown House Museum and Old Jail Genealogy Museum which is used by visitors and locals to research genealogical and historical records. The old City Cemetery in Sandersville was begun as early as 1830 and it is believed to have 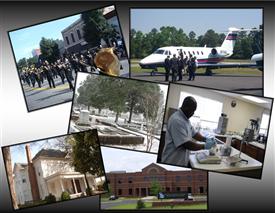 veterans from the Revolutionary War, the War of 1812, and the Spanish American War. At least 74 Confederate dead can be listed as resting in the Cemetery.

Three Georgia governors came from Washington County: Jared Irwin, a Revolutionary War soldier and frontier Indian fighter, Thomas Hardwick, a U.S. senator, and congressman, and Nathan Deal who was elected in 2010. Elijah Poole Mohammed, leader of the Nation of Islam, was born near Deepstep; the Gordy's of Motown music fame and concert singer McHenry Boatwright were also from Washington County.

Today, its citizens are a part of a community that is proud of its heritage and southern way of life. We are on the Civil War Heritage Trails where any visitor can come and experience antebellum and Civil War history. Geography, geology, and nature have combined to offer Washington County unique opportunities to give to industries, businesses, citizens, and visitors. Come and explore Washington County as we work to meet the challenges and opportunities presented in the 21st century!